Patient’s brief anamnesis:
Patient is a 75 years old female. After an episode of abdominal pain she came to an outpatient hospital and received a survey. During endoscopic procedure a polypoid tumor of stomac body was found. According to the biopsy results adenocarcinoma cells (G2) were identified. The endoscopic ultrasound showed that the proximal margin of tumor infiltration was located on the border between the middle and the lower thirds of stomac body, the distal margin was within the lower third of stomac body.
The depth of invasion was T2 (muscular layer) and no suspicious regional lymphatic nodes were identified.
The CT-scan didn’t show any distant metastases.
Considering the examinations data the surgical strategy is laparoscopic distal gastrectomy with D2 lymphadenectomy. 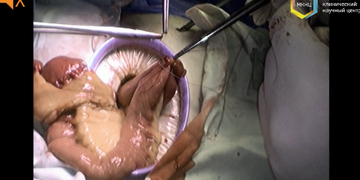 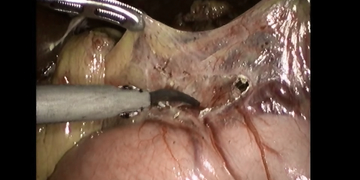 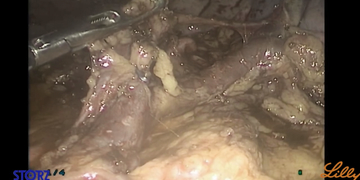